Remote support is the use of electronic equipment to support and assist people with developmental disabilities in their home. This service is provided from an off-site location, typically using home and community based waivers to fund the cost and maintenance of equipment and staff. It is an alternative to having the constant physical presence of staff in someone’s home.

This project is part of a collaborative enterprise between the Ohio Department of Developmental Disabilities and The Ohio State University Nisonger Center. The project aims to take an in-depth look at the role technology, including remote support, plays in the lives of people with developmental disabilities and their families, create a vision for how the use of technology may be improved and expanded upon, and identify technological advances that might benefit people with developmental disabilities by increasing their independence and self-determination.

If you would like to see what remote support commonly looks like, here are some helpful videos.*

Executive Summary – White Paper: Use of Remote Support in Ohio and Emerging Technologies on the Horizon

White Paper: Use of Remote Support in Ohio and Emerging Technologies on the Horizon

The place of surveillance technology in residential care for people with intellectual disabilities: is there an ideal model of application (2013)

Ethics of using assistive technology in the care for community-dwelling elderly people: An overview of the literature (2011)

Safety assessment of a home-based telecare system for adults with developmental disabilities in Indiana: a multi-stakeholder perspective (2010)

Stories
Below is a collection of real stories about people who have used remote support and their families
Independent Living
When Carol and Howard reached their 50s, they had a conversation about the need to plan ahead for their son, Christopher. Realizing they wouldn’t be able to take care of Chris throughout his lifespan, they began to consider ways in which they might prepare Chris to live more independently and give him support as he sought to achieve goals that he wanted to set.Therefore, they were prepared when Chris came to them and said “I’m an adult and I need to move out.” In order to assist Chris in meeting this goal, his parents converted an attached garage into an apartment that Chris would be able to live in. It was in this setting that Chris first piloted the use of remote support. After some time at this location, Chris found a 2 bedroom apartment with an attached garage (for his John Deere) which he found suitable to make his home and continued the service from there.Chris needs assistance understanding time and money and he also suffers from a liver condition that requires some support. When Chris has a fever, it could be an indication that he is having serious liver difficulties. While Chris does take his temperature three times a day and shows the results to a remote support worker using a camera, they are also trained to identify other signs of fever onset. Once, a worker recorded Chris’ temperature and, when it was determined he had a fever, the backup support was called. They were able to assist him before it became an issue. In this situation, the fever was a sign of the flu rather than a liver incident. But, the event solidified that, if there was an incident involving liver problems, the protocol would work in such a way that Christopher would continue to be safe.In Carol’s own words, she said “Our initial [thought] was: Are they going to be able to do everything that we would like them to be able to do, for us to feel confident enough that Christopher is going to be safe? There isn’t a doubt, in our minds, that he is safe.” Without the use of remote support, Chris would not be able to live independently. Howard and Carol feel secure, knowing that their son is safe.
Crafting a Safe Environment to Enjoy a Midnight Snack: A story from a remote support vendor

An individual we were asked to support had a previous episode of placing popcorn in the microwave long enough that it turned it into a ball of fire, creating safety concerns and ruining the microwave. In these situations, a common response to a behavior such as this would be to place overnight staff in the home to monitor for health and safety.

Using remote support we were able to greatly reduce his reliance on direct support professionals, reduce expenses to his waiver, and increase his independence. We knew that his target behavior was to get up in the middle of the night and make a snack that was always in the same cabinet. Our solution was as follows:

Once the system was in place and configured for his needs, we were able to see when he was up at night, including making popcorn, by following the activity as it rolled in to our system. As our staff were monitoring him, they’d connect and talk to him when they saw that he was making popcorn. While talking, they could provide verbal prompts and reminders as part of his training to properly use the microwave. If he did not follow their prompts and, therefore, allow for a situation where the operation of the microwave would be unsafe, our staff would simply shut the microwave off from the monitoring center. Luckily, their coaching and prompts trained him to the point where he became completely safe on his own. This is the story that we see all the time. We want to design a system that is least restrictive and would allow for us to provide training in and of these activities of daily living. The intention is to work ourselves out of a job by increasing the freedom and independence that our consumers experience.

The two reasons why Julia and the rest of the team wanted to pursue remote support with Jane were to promote independence and provide supervision. Jane had difficulty being at home by herself. Not having someone in the home, initially caused anxiety. When alone, she would often call direct support staff, friends and family, hoping someone would come over to the house. Remote support was chosen as an alternative to having staff in the home during some hours. Now, however, after using remote support, being alone no longer causes anxiety and she has been able to add alone time without either remote or direct supports. Other changes, including taking more initiative to clean without prompt, have been noted as well.

Eric had 24 hour staffing and would often become physically aggressive with staff. The team decided to try remote support. As the hours with staff decreased, the aggressive behavior also declined. Today, Eric no longer has 24 hours of support, remote or otherwise. Now, the staffing are considered drop-in staff. Meaning, Eric will have people come to the home to assist him on an as-needed basis. Remote support provided a safe environment to provide support without having staff in the home. This freedom enabled Eric’s needs to be reevaluated and assisted him as he transitioned to have drop-in staffing rather than 24 hour support.

Ms. McCampbell believes that remote support enabled Jane and Eric to become more comfortable living with greater self-reliance, in an environment without the physical presence of direct support.

*Names have been changed for confidentiality

*Ms. McCampbell’s opinions are her own and not, necessarily, the views of the company she works for

Motion detectors: A motion detector may be used to notify a remote support vendor that the individual has entered an area where the individual may require support. The kitchen is a good example. In the kitchen, someone may need reminded to turn off the microwave if the popcorn is left in too long; assistance reading directions; supported while making a grocery list.

Window and door sensors: Sometimes referred to as open/close sensors, this technology will identify when a window or door has been opened or closed which can help track whether someone has entered or exited the home.

Bed sensors: A bed sensor can notify the remote support vendor the time at which someone wakes up in the morning or if the individual got out of bed in the middle of the night. When the bed sensor is engaged or disengaged at an unusual time, the individual may be contacted and asked about how their feeling. For someone who may have difficulty navigating their living space at night, a bed sensors can be used to automatically turn a light on or off. This technology can also be used to notify the remote support vendor or a caregiver about whether or not the individual has gotten out of bed with enough time to prepare for work.

Automatic stove shut-off device: Motion tracking in the kitchen can help to determine if someone is monitoring the stove or if someone has forgotten that the stove was left on. If there is not any movement in the kitchen for a specified amount of time, the stove and oven can be shut off completely.

Medication dispenser: Medication dispensers can help support someone by providing easy access to medications at the appropriate times of day. By locking every dispenser except the one with the correct medication, medication errors can be reduced. If a medication is not taken, a caregiver, including a remote support vendor, can be automatically notified.

Water sensors: Water sensors can detect plumbing problems like flooding or leaking sinks before it becomes a dangerous and time consuming problem.

Camera: Cameras are not always used. Often cameras are absent from the home. However, in some situations, cameras are the best technology to promote safety, independence, and privacy. Cameras can be stationary and face the front or back door of the home to identify who is entering and exiting the home. Cameras may also be used in the kitchen to assist someone with reading a food label or a list of instructions. In situations like these, cameras are unlikely to reduce one’s privacy because they are used in common areas of the home and are often only facing an entry way. 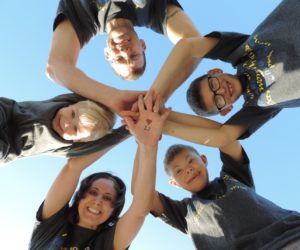 FAQ for individuals with developmental disabilities and their family members 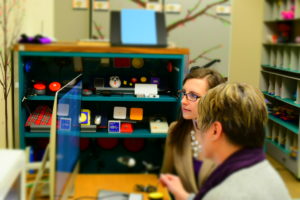