Medical education programs are increasingly expected to address underserved and vulnerable populations and teach undergraduate medical students to be culturally competent. Within the medical community there has been a documented need for increased educational strategies related to developmental disabilities. We have developed a curriculum that incorporates didactic instruction, standardized patient encounters, patient interviews and panel discussions to teach medical students how to care for patients with developmental disabilities especially autism spectrum disorder. This tool will give clinician educators a step-by-step plan to develop a program for incorporating disability education into their medical school curriculum. Students have reported that this training has improved their understanding of ASD, increased their comfort level, and strengthened their confidence in providing care for this population.

These strategies are used to interview, screen, and access patients. Additionally, they are useful when explaining and sharing information with patients and their families.

These skills are imperative when identifying and evaluating changes in patient behavior. These approaches center on the ability to observe changes in behavior that may be caused by the patient’s health conditions.

This set of skills include assisting patients with physical exams and explaining the procedure in detail, preplanning strategies to conduct future exams and procedures in a quick and anxiety free manner.

The following clinical interviews illustrate strategies, such as communication, observation, and physical exam skills that medical students can utilize when examining patients with Autism Spectrum Disorder. Additionally, these patient interviews demonstrate the effectiveness of interpersonal communication, person-first language, and the benefits of a medical home approach to primary care.

Grant was 21 years old at the time of the interview. His mother reports that he received ABA therapy when he was younger. Grant remains nonverbal and requires assistance with most daily living skills.

At the time of this recording Andrew was 18 years old and a high school junior.
Andrew had an episode of acute regression of skills 2 years before the interview,
seemingly related to abrupt discontinuation of Risperdal. It took him some time
to return to baseline. He has made a great deal of progress and would be
considered mildly affected currently.

Panels can be an effective way to expose students to a number of patient care issues from the patient or family perspective. Participants can be individuals with disabilities, parents, family members, advocates, and medical professionals.

Parents and adults on the spectrum share their experience obtaining a diagnosis of ASD.

Participants detail their interactions with medical professionals and the healthcare system.

Participants express their view of care coordination within the medical home model.

Use the following link to download the PDF version of the lecture:

Healthcare for People with Disabilities

What Medical Students Are Saying 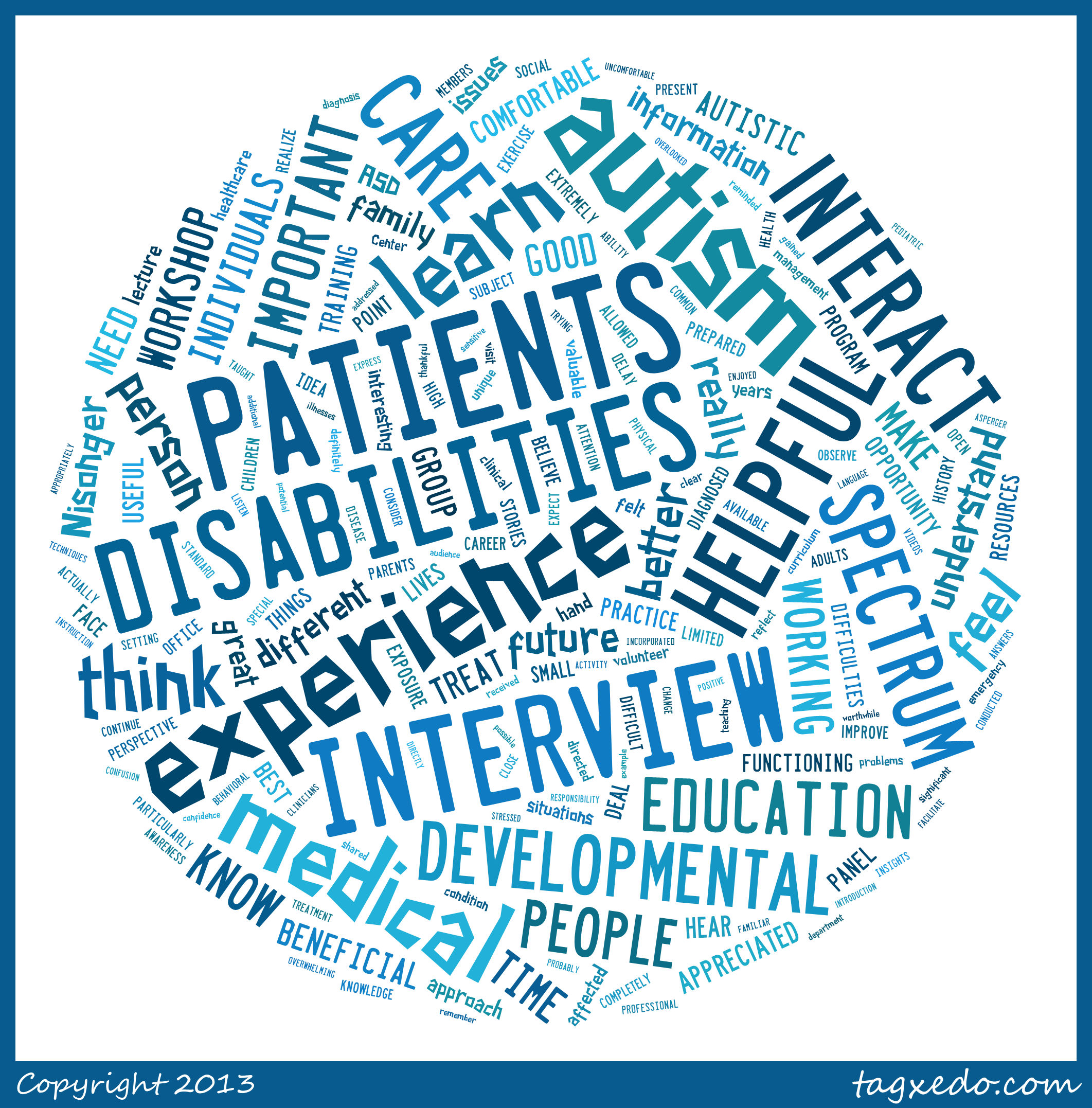 Click the Word Doodle to see what students are saying about the ASD Curriculum.

All third year medical students attend panel discussions (Educating Medical Students about ASD). Each panel covers a range of topics including impact of diagnosis, medications, therapies, and transition services. the following quotes have been collected from student input during these panels.

“Ironically the day after this workshop I encountered a boy at the clinic I am working at who was there to refill his ADD medications. I noted he excelled at math and science (beyond the 99th percentile), however lacked interest in reading. He had a monotone voice and looked at the floor. He did not like being touched. I suggested that my preceptor test him for an ASD, and he referred him to a psychologist nearby and the boy was diagnosed with Asperger syndrome!”

“This has already led to a change in my behavior: This week, rather than simply walking up to patients with my hand extended to take theirs, I ask, “May I shake your hand?” I have begun asking patients, “Do you have any concerns about being examined?” before we begin. I have gotten generally positive feedback from patients for doing so. I thank Sondra for causing me to reflect on my own behavior and consider ways to better my interactions with all of my patients.”

“Some of their insights they shared could not be learned from a book and if it was not for this workshop, we would probably have never learned them.”

“Another great benefit of this session is exposure to the resources that are in place to help this patient population thrive as much as possible as a part of the greater community. Without this experience I would have little idea of what resources are available.”

The following data represents student feedback from surveys administered via the Educating Medical Students about ASD panels. 147 students were surveyed. 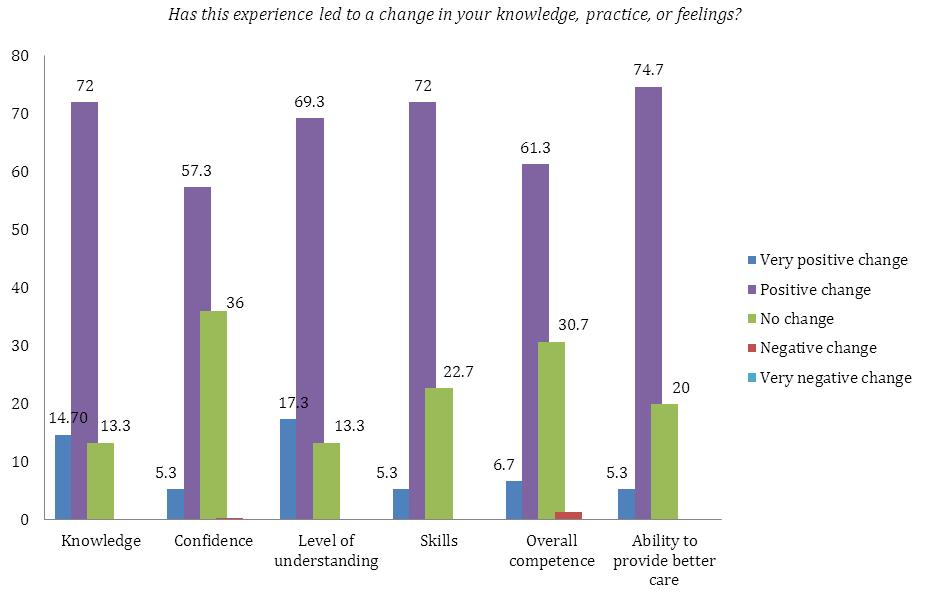 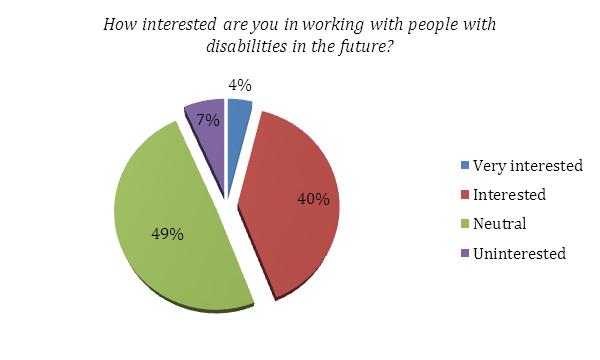 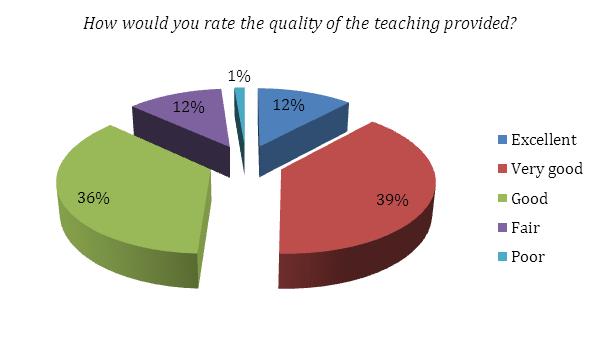 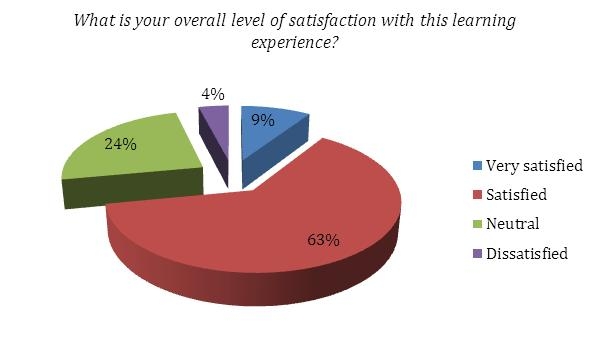 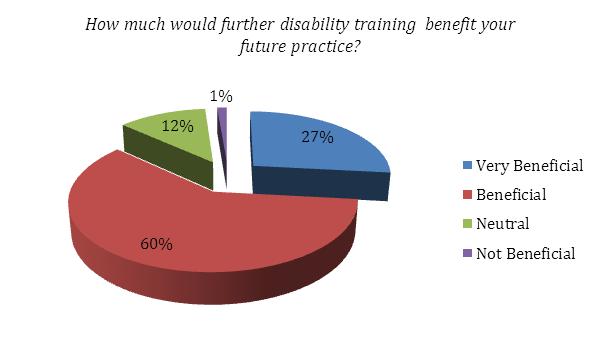