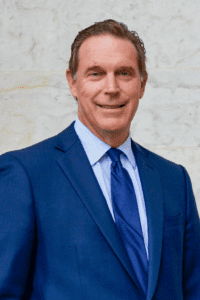 Jeff Davis was appointed as Director in 2019, by Governor DeWine to the Ohio Department of Developmental Disabilities (DODD).

Davis was formerly the executive director of the Ohio Provider Resource Association (OPRA).  He joined OPRA in 2011 as the organization’s Director of Government Affairs where he helped implement statewide policy issues for Ohioans with developmental disabilities.

From 1991 to 2007, Davis served as a deputy director at DODD and oversaw legislative and rule-making activities.  He also oversaw public information and parent and self-advocacy initiatives.  Davis has also served as director of integrated health services for Buckeye Community Health Plan, a managed-care plan that contracts with the State of Ohio to provide services for Medicaid recipients.

Throughout his career, Davis has been an advocate for Ohioans with developmental disabilities and their families.  He received his Bachelor’s Degree in History from the Ohio State University.

Davis is also a current City Council Member for the City of Grove City.